WithWine’s founder is Richard Owens. This is how he said it all started:

Two and a half years ago when I was 30 years old, I didn’t drink wine. I’d tried it, I didn’t like it and that was that. On Sunday 30 October 2011 my dad’s mate, David, was pouring me a glass of red as we sat down for dinner in his farmhouse in Oberon and I said, “No thank you, I don’t like wine”. He didn’t stop pouring and he didn’t look up. He just said, “That’s because you drink shit wine”. Not wanting to insult my host I decided to shut up and just drink the stuff, even though I knew I wouldn’t like it. I couldn’t have been more wrong. It was amazing.

That was the night my life with wine started. Instead of making a bee-line for the beer fridge in the bottle shops, I was scoping out the shelves of wine. Instead of promptly dismissing the wine menu in restaurants, I was actually taking an interest in what was on offer. Instead of driving up the coast with the sole purpose of finding surf, I began popping into the cellar doors of the Hunter. I began exploring. 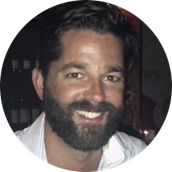 Richard Owens is the founder of WithWine and his business partner is BlueChilli.

Richard has worked for companies including Apple, Macquarie Bank and Rothschild Bank as well as a couple of his own startups. His last role in the corporate world was Innovation Manager at Macquarie. When that position was made redundant it provided the kick up the bum for Richard to run with the idea for WithWine which had been in his head for the last two years. 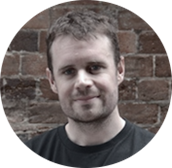 EY Entrepreneur of the Year Sebastien Eckersley-Maslin left a 10 year career as a weapons engineer in the Navy to pursue his passion in working with start-ups. Seb is also a founding ambassador of the Awesome Foundation, advisor at Club Kidpreneur and was state lego building champion at 8. 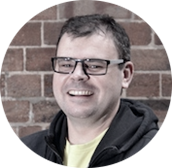 With over 30 years experience in programming and with a number of awards under his belt, Jeremy Paddison is one of Australia’s best developers. Paddison started out with a Commodore Vic20, moving to the Dick Smith, vz300, Amstrad and then worked on computer game development with the Amiga platform and finally on PC, experience which somewhat aided him to win state Nintendo champion in 1991.